By all accounts, cocoa farmers in West Africa get very little for their cocoa beans. It is estimated there are over 2 million cocoa farmers in the Ivory Coast and Ghana and the majority are living on less than half the World Bank extreme poverty level of US$ 1.90 a day.

By all accounts cocoa farmers need to earn more money, and preferably to earn a living income which would only be US$2.50 a day in the Ivory Coast.

But how do we get there?

In February this year Fairtrade Ireland published a report – Craving A Change In Chocolate –  about the cocoa farmers in West Africa who produce about 70% of the world’s cocoa. Key among the reports’ recommendations is that we need partnerships for change between organisations like Fairtrade and businesses like Lidl Ireland who sell chocolate.

In response, Lidl Ireland has introduced Way To Go!, their brand-new permanent range of Fairtrade chocolate bars that aim to help cocoa farmers close the gap towards a living income, by adding in an extra sum of money per tonne on top of the Fairtrade minimum price and premium.

This new ‘Way To Go’ initiative gives us all in Ireland the chance to support a new approach in trying to ensure living incomes for cocoa farmers. On its own it won’t change the world, but it is an example of a way to go forward. With this chocolate, about 440 individual cocoa farmers, 25% of whom are women, will benefit in the first year. When we support it, it will encourage Lidl and other chocolate suppliers to go further in supporting the cocoa farmers in their supply chains.

We think it’s the Way To Go because there is an extra US300 a ton on top of the Fairtrade minimum price and premium to support livelihoods and diversification into soap making, bee keeping and honey production.

It’s the Way To Go because it is supporting innovation for cocoa farmers and chocolate brands alike.

It’s the Way To Go because the cocoa is fully traceable to the Kuapa Kokoo cooperative in the Konongo region of Ghana.

It’s the Way To Go because at EUR1.99 a bar it is an affordable treat! 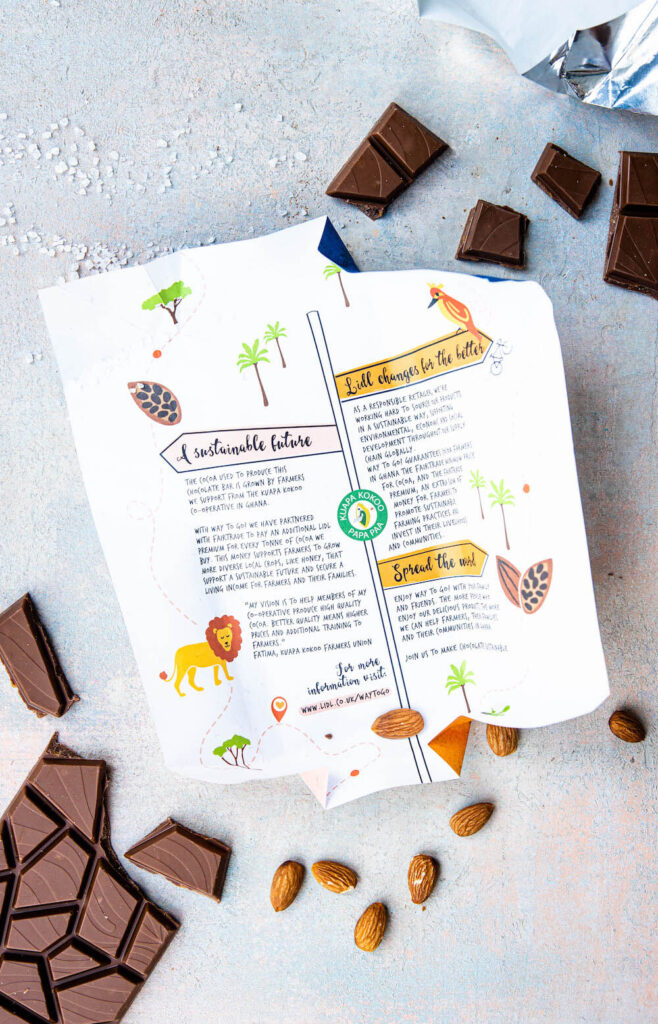