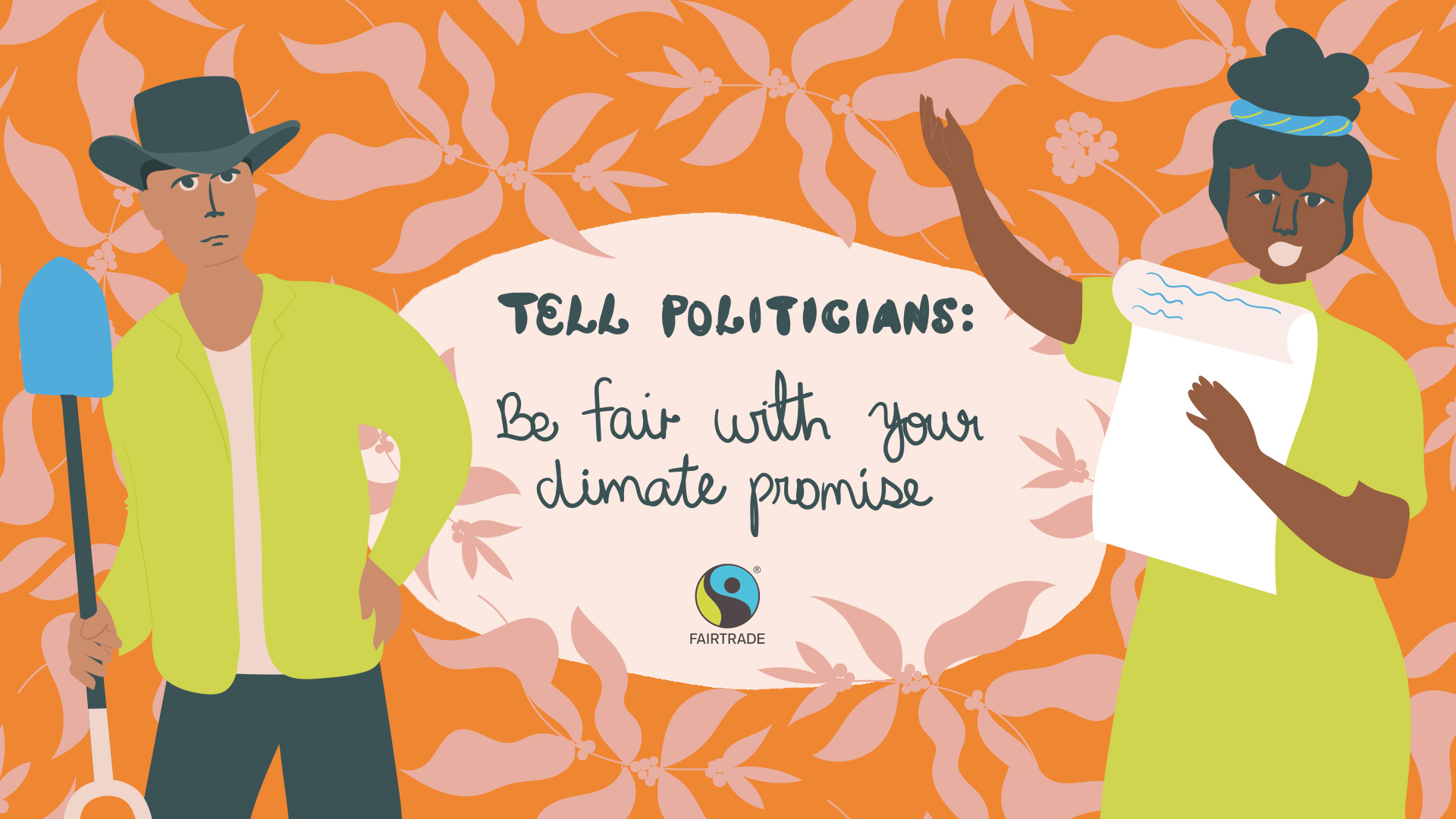 Farming communities are on the front line of the climate crisis. In an open letter, 1.8 million Fairtrade farmers and workers are calling for urgent action, asking governments at COP26 to be fair with their $100 billion climate promise. Their letter outlines four key actions that will help protect global food supplies and limit further damage.

Farmers and workers are asking politicians at COP26 to listen to their expertise and invest in smallholder farming communities as they face the climate crisis head on.

Sign the petition now to support their call for a fair climate promise.

COP26 is our last, best chance. Politicians must act now to protect the future of our planet and life on it.

The Paris Agreement was set in 2015 with the goal of limiting global warming to below 2°C and since then, promises have been made but very little has changed.

Now is the time to deliver on promises and drive real change to limit the effects of a changing climate.

What Farmers are asking for.

COP (Conference of the Parties) is a global UN summit on climate change and how to tackle it. This year is the 26th meeting, originally planned for 2020 but now taking place in Glasgow, in the UK, from 31 October to 12 November 2021.

COP26 is critical in ensuring the Paris Agreement progresses towards its targets and that countries are held accountable to their promises.