From being a Fairtrade banana at age three, to being the first Fridays For Future striker in Ireland aged 16!

Farmers and workers of the Global South are probably the people who have felt the greatest impact of climate change to date from flooding in Asia to severe droughts in Africa, farmers and workers in both small producer organisations and larger plantations constantly have to adjust and adapt to the effects of climate change in order to have a livelihood, support their families and survive. Because of this, Fairtrade has always encouraged the implementation of higher environmental standards in Fairtrade cooperatives through prohibiting harmful agrochemicals, switching to green energy fuels and implementing our Carbon Credits scheme.

In addition to this, the extra money or Fairtrade premium is often used to provide training and tools to farmers and workers to cope with the effects of climate change and to reduce its impacts.

We sat down with Saoi O’Connor, a 16-year-old climate activist who was the first Fridays For Future striker in Ireland, and who will be striking for her 36th week this Friday, to hear more about her work with climate action and how Fairtrade has influenced her activism.

How did you get involved with Fairtrade?

So, when I was about three years old my parents put me in a homemade banana costume and sent me off in the St. Patrick’s Day Parade in my town and off I went!

What would be one of your favourite Fairtrade memories?

When I was 7 or 8 we did a Fairtrade Fortnight event that was a pop-up café in our town, and we had a brownie baking competition and I got to be a judge, so I ate so many brownies… I was like a little 8-year-old, gorging myself on brownies and being like ‘This is activism!’ So that was great.

So you’re a fan of Fairtrade chocolate? 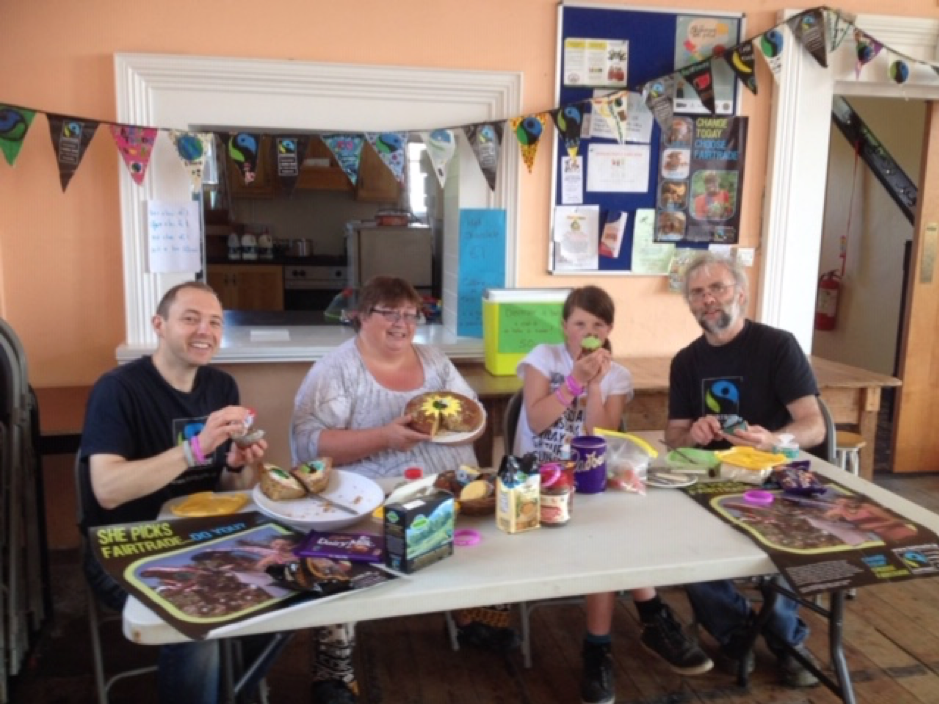 Why do you support Fairtrade?

I mean obviously it’s been a part of my life for such a long time, but from an activism perspective you know, I think we live in a society where we sort of have to be re-examining how we consume and what we consume, and Fairtrade ties into that.

You’ve been involved with Fairtrade Towns and the Fairtrade movement from a young age, do you think that has influenced activism today and the work you do for climate action?

Of course! You know, I’ve been aware of these issues from a very young age and have been very invested in them and obviously my parents have been involved in this stuff so I’ve always been able to learn about it. They have a lot of books and resources around the house, so I’ve always sort of been in that space where I’ve been invested in world issues and been empathetic to issues like climate and food justice and so Fairtrade has always been a part of that.

Why would you say climate action, in particular, is so important to you personally?

I mean I don’t really have the choice for it not to be, from where I’m standing you know, I’m working with young people all around the world and I’m talking to people on the frontlines of this crisis and it’s not happening here but it’s happening now. People always ask me ‘Are you afraid for your future?’ And I am but I don’t have time to be, I’m afraid for my friends, you know?

You met Greta Thunberg recently, what was she like?

She’s great yeah, I had spoken to her a lot online and stuff before so… When she saw me she knew me, it was almost like I wasn’t meeting her for the first time. 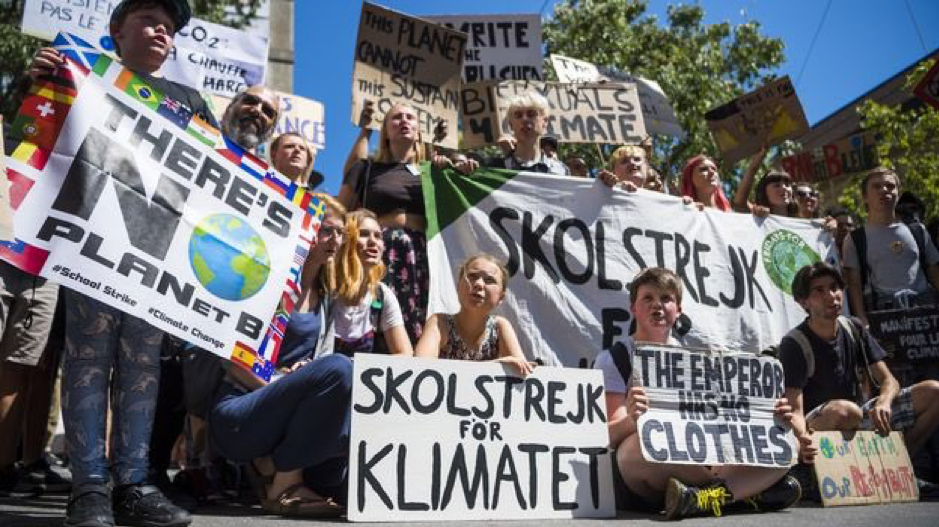 What do you find most frustrating about the issue of climate change and the fact that there’s not as much is being done in terms of climate action as there could be?

I mean, it’s not like we didn’t know what we were doing, you know? We’ve said these things so often they’ve sort of become a little bit lacklustre in terms of phrases but, we have done more damage in knowing than not knowing, when you look at the emissions from the last thirty years actually, they’re still rising but what we have done in the knowledge that we were doing this and what we were doing to people in the Global South, what we are doing to the planet that we live on and to our fellow humans and fellow species is far greater than what we did before we knew. We were already at 350 ppm when I was born. It’s scary, it’s scary that we’ve known and we’ve done nothing, and it’s scary that we are kicking and screaming and we could not be any louder, we are a million, 2 million students on the streets and yet nothing happens – what’s it going to take?

What kind of small differences do you think that normal people can make day to day to do their part for climate action?

Well obviously buy Fairtrade, sort of obligatory. But also the thing I always say is; join us on the streets, if you can, whenever you can, I mean look out your window any given Friday there are young people striking, I mean yes the big strike is obviously the kind of thing that gets attention but as I said before this will be my 36th week striking and any time that people can join us that is powerful.

What do you think of Fairtrade’s work with climate action?

Yeah I mean obviously I think it’s great, otherwise, I wouldn’t be sitting here talking to you! I definitely think the issues of justice for people reducing consumption and food justice and community justice and all of these issues are far more interlinked with climate than we really talk about on a day to day basis, but I think that’s a conversation that needs to be opened and I’m really glad that Fairtrade is talking about it. 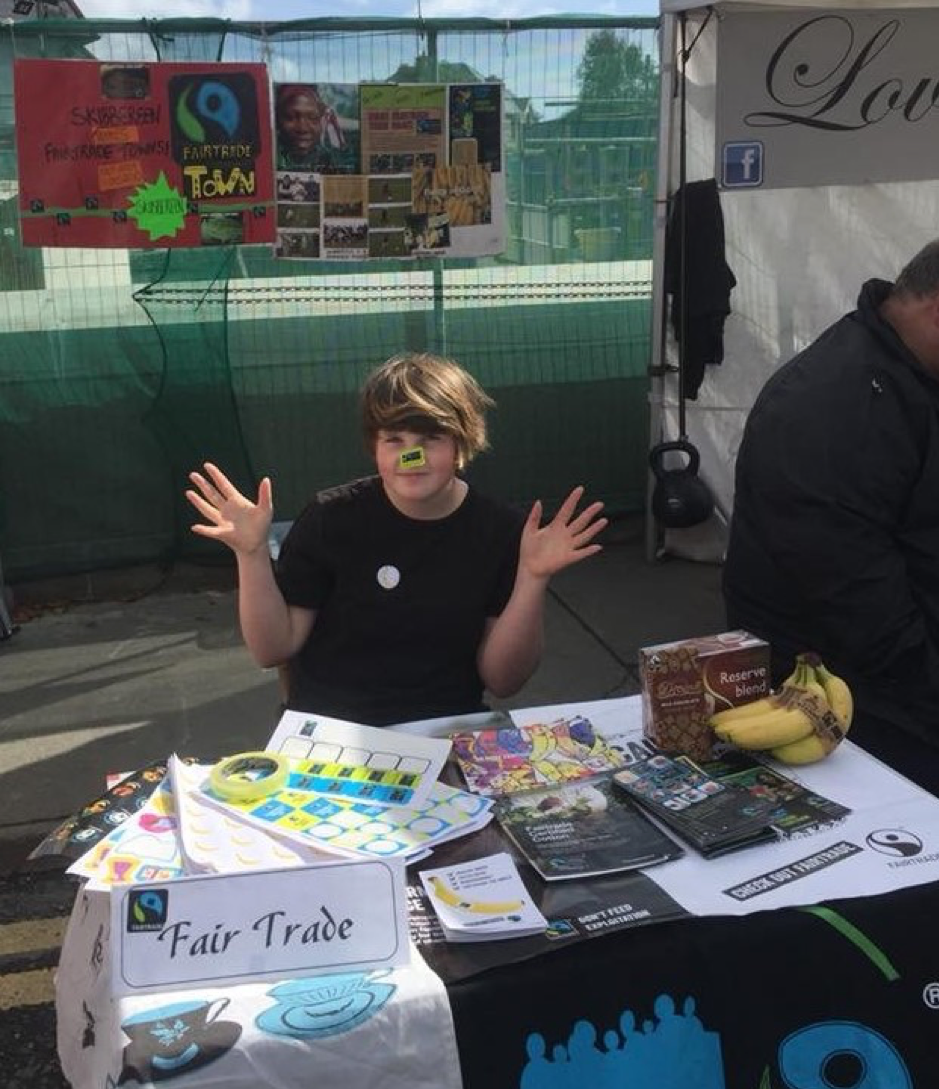 What are your plans for the future in terms of activism, what’s your next step?

Oh, loads, yeah I mean certainly it’s quite difficult for me to say y this or that because a lot of things happen very spontaneously, I found out a week before going to the European Parliament that we were going! Probably the best thing that’s happened to me is, I was sitting in my English class and I got a Twitter DM asking if I wanted to come on the Late, Late Show, the next day!

So, it’s difficult to pinpoint. I would really like to go to the COP* in Chile in December, that’s something I would hope to do, but who knows? Obviously the big strike on September 20th is what we’re looking at now. 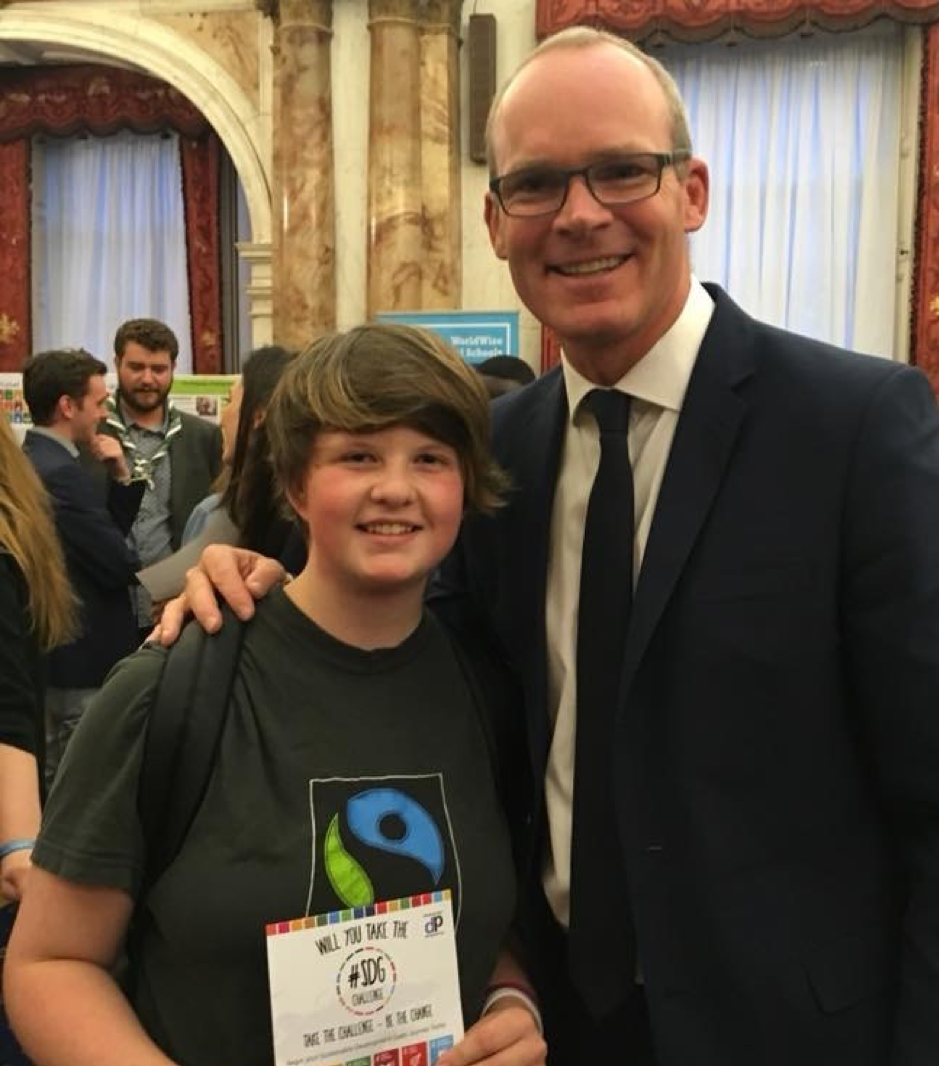 What would you like to be doing in 5 years’ time if you’re not still striking?

Finally, what is your favourite Fairtrade product?

Ooh… I don’t know, I don’t have a fixed one. I always think it’s cool to go into shops and find the new things that have the logo, it’s kind of like it’s a treasure hunt – sounds weird and childish but it’s fun! I mean things like the Vego Chocolate Spread and stuff it’s just seeing the little logo makes my heart sing.

Join Saoi and thousands of other Fridays For Future activists striking around the country this Friday the 20th of September to support their campaign for climate action.

Find out how you can get more involved with Fairtrade here

* The COP is a UN body that meets annually to review the submissions made by Governments on their carbon emission strategies and targets.

** The Intergovernmental Panel on Climate Change (IPCC) is the United Nations body for assessing the science related to climate change.